Eira update – One big surgery down, one to go 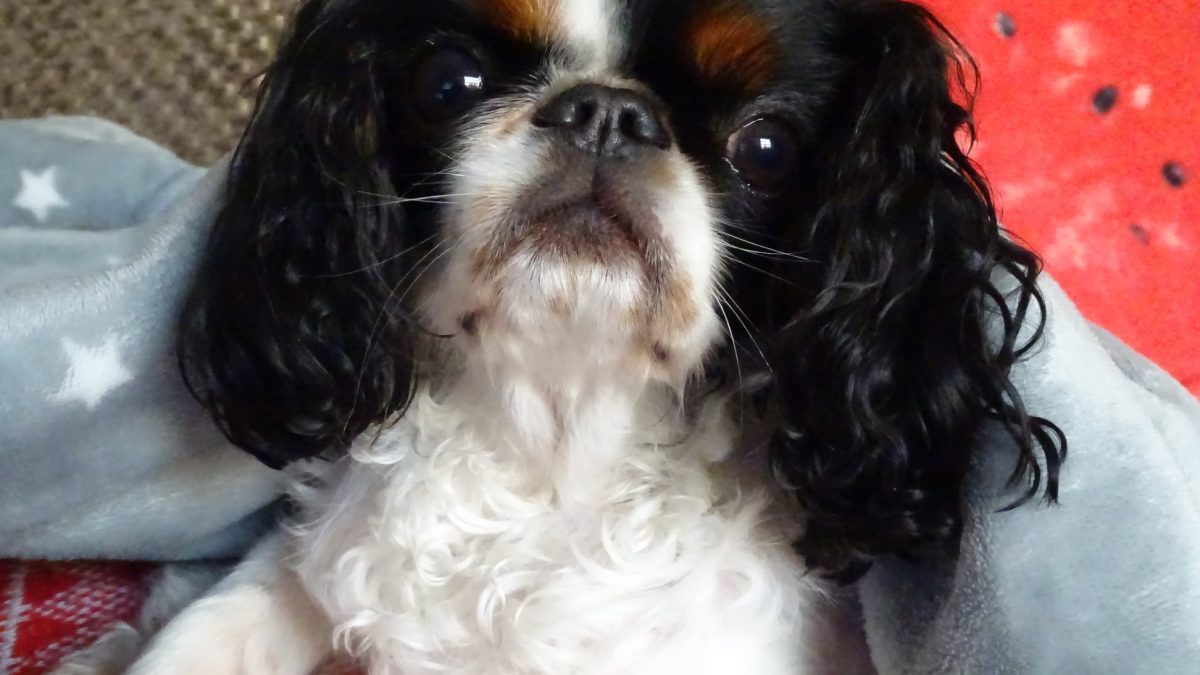 Some of you may remember little Milly the King Charles Spaniel that came into rescue back in January 2020. She had been left abandoned outside a vet practice in a very small pet carrier.

She really was in dreadful condition, absolutely covered in fleas and underweight. Very sadly the bigger problem was her knees, they were so deformed that her kneecaps were inches away from where they should have been. It was like watching a crab walk.

We went on a journey with Milly, first of all we focused on getting her overall health better. She needed to gain some weight and condition before the vets would even think about starting work on her knees, not even knowing if it would be possible. She was a very frightened little girl, we had no idea what she had been through. As time passed she became cheekier and even started to play with the resident dogs.

Fast forward a bit and she had her knee x rays at the same time as her spay surgery, the vet was horrified at how bad things were. Milly went to see a wonderful orthopaedic specialist and had surgery on both knees. It was a very difficult procedure for the surgeon and there were a couple of post-operative complications due to how thin her bones are.

Milly went on to recover really well from the surgery, gained some muscle and started to really love life! As her fosterer it was heart breaking to even think about her adoption, she had been with us 7 months at that time but wanting the best life for Milly was the most important thing.

One of our lovely adopters had very sadly recently lost one of her Bliss girls, Mollie her other Bliss rescue was pining for her and it was a desperately sad situation. It was decided that Milly would be a great match for Mollie. The rest is history!

This is the latest update from her wonderful human….

We can’t believe it’s been six months since we adopted her. In the house she really has gained so much confidence. Lots of things used to frighten her at first, if you dropped something she would run away and worry about coming back into the room. Even things like the soft close kitchen bin lid closing would frighten her but we were just patient with her and showed her there was nothing to be frightened of or worry about. 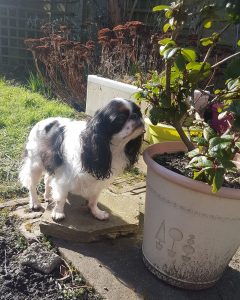 She couldn’t care less about the kitchen bin now and there is no stopping her at mealtimes, she bounces up and down and dances for her food!

Going for walks is a work in progress but we are getting there slowly. She used to react to everything at first and has come on so much, she is just reactive towards other dogs now but we will continue to give her time and patience, build her confidence and show her the world isn’t so scary.

Milly is such a loving cuddle monster and sweet baby who loves nothing more than having tummy tickles, snuggling into you and sitting on your knee. It can be like having a toddler at times as she is into anything and everything especially in the garden! It’s quite rare to get a photo of her that isn’t just a Tricolour blur as she is always on the go but we are just happy that she is enjoying life, exploring and doing all things a dog should be doing.

Milly is such a cheeky character with a clownish personality who makes us laugh every single day, her little tail never ever stops (that wiggly bottom could easily compete with the world’s best samba/salsa dancers)! You keep us on our toes our spicy little pickle and we wouldn’t have it any other way. 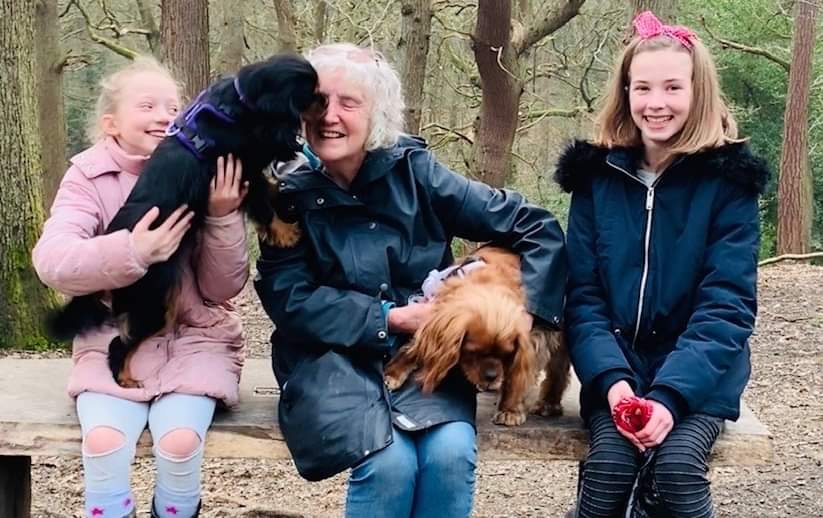 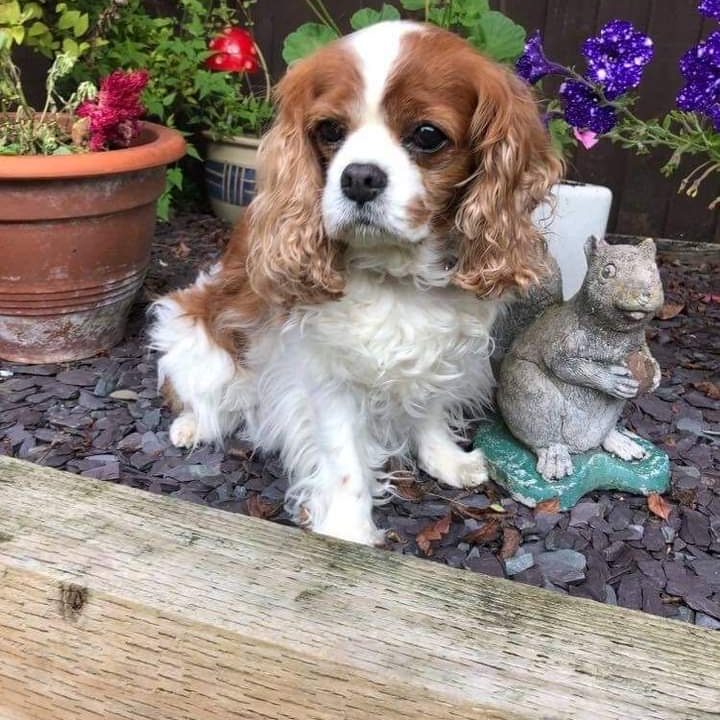 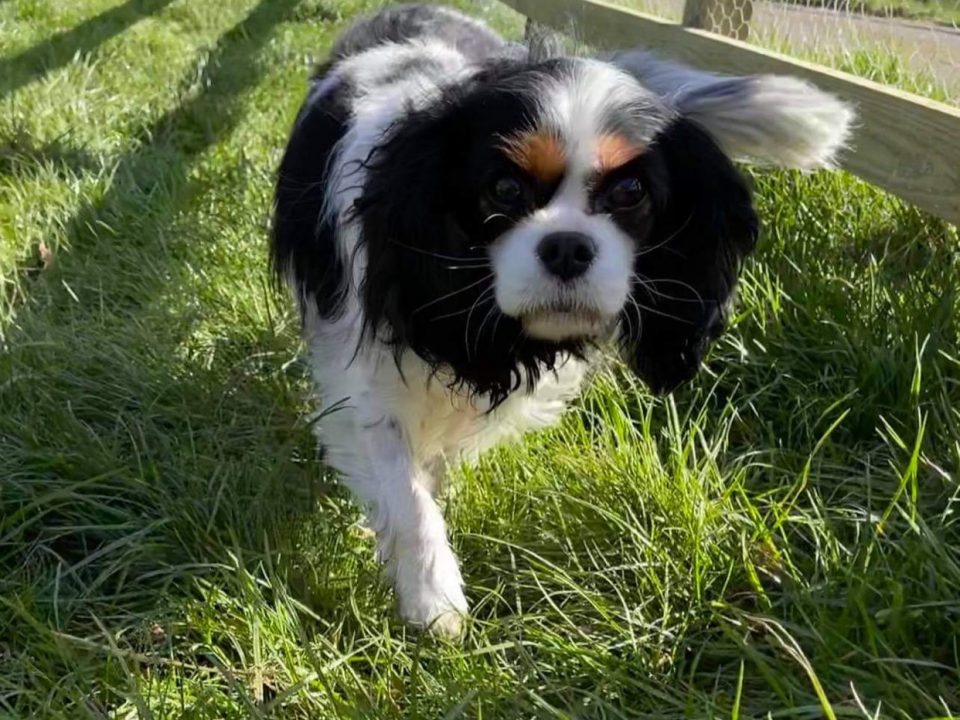