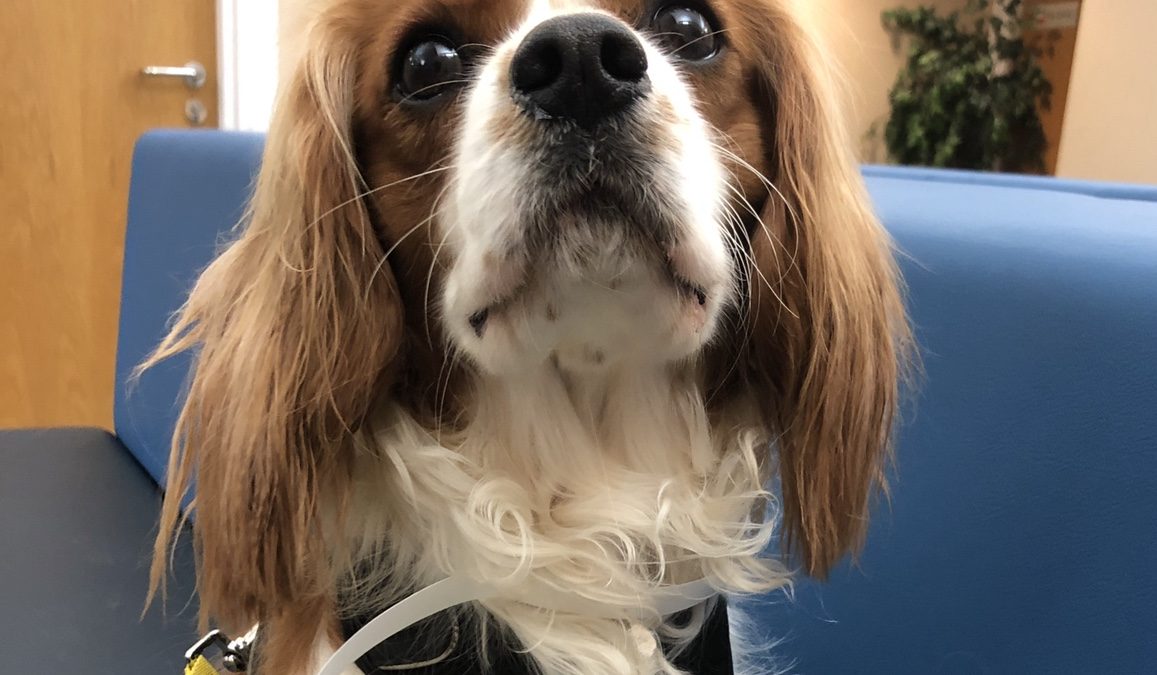 Chester is a 2 year old Blenheim Cavalier that came into rescue in sad circumstances.

Chester is a complex boy, for this reason he will need to stay with the rescue.Chester is a loving boy, he loves to be cuddled and loved but he also needs his own space and plenty of it.Chester has been under a neurologist since November 2019 after arriving in rescue showing signs of Chiari Malformation with pain. He had been aggressive initially in foster because he was so frightened of the change, he was highly anxious and showing signs of neurological pain. We have spent 6 months working with him and getting the right pain relief cocktail. He is now doing so well and is settled with his routine. He has had an MRI which put him into a 'grey area' in that there was no Syringomyelia present however his symptoms and the fact he has responded to pain relief suggests he does have Chiari Malformation with pain. He will need to remain on the pain relief for the rest of his life.Chester likes to have a lot of space, he doesn't like being 'closed in' and prefers open access to the garden during the day. His ultimate favourite things are to chase leaves, balls and toys in the garden! You'll often see him with a mouth full of leaves and a Nylabone crammed in!During vet visits he has improved a little but must be muzzled during consults as he can be very aggressive. He also needs to be muzzled during grooming as he doesn't like his head or ears to be brushed or groomed. We have trained him to have the muzzle on and he is very good when putting on and taking off, however he will use any force possible to stop you touching his head. Sadly he has now developed dry eye, it is so difficult to get his eye drops in and we just couldn't expect an adopter to take him on.He must always have his own space to hide away if he needs it and not be disturbed while sleeping.We cannot make any promises about his behaviour and being adopted could set him right back. He has bitten and there have been many near misses- that is even with the people that he loves and trusts. We understand that Chester needs such a specific adopter and that person may never come along. For this reason it has been decided that he will remain where he is and stay as a Forever Foster with us, he is happy and loved.
Apply

Please read our adoption procedure prior to filling in the online form. We are more than happy to answer any questions you may have.

Read more
We use cookies to ensure that we give you the best experience on our website. If you continue to use this site we will assume that you are happy with it.OkPrivacy policy